Here we are, the 7th edition of Kamailio Awards granted for the activity during the previous year, respectively 2013. The ceremony follows the same rule, two winners per category. 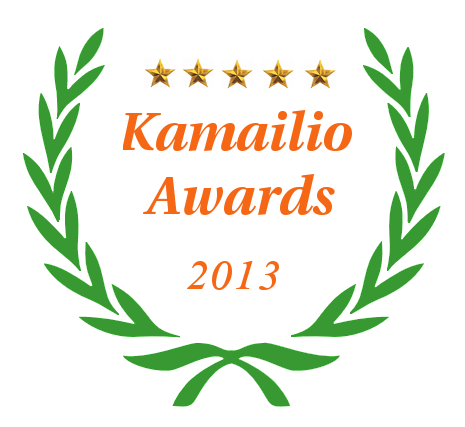 With two major releases across 2013, respectively v4.0.x and v4.1.x, and having our first dedicated conference for Kamailio project, making the decisions for these awards was harder than ever so far.


Related Projects
Technical Support
New Contributions
Developer Remarks
Advocating
Products and Services
Business Initiatives
Events
Academic Environment
Friends of Kamailio
Definitely 2013 wasn't with bad luck for Kamailio at all and 2014 looks very well so far -- keep an eye on the project for getting latest news and updates on development and events world wide where you have have the chance to meet other kamailians.

This is it for 2013. If you want to check the previous turn of awards, visit:
Looking forward to meeting many of you soon in Berlin, during the 2nd edition of Kamailio World Conference & Exhibition.
Posted by Daniel-Constantin Mierla at 9:00 AM