Last edition of Kamailio Development Workshop happened about three years ago. Several people asked about it from time to time, therefore I thought of trying to organize a new edition. Rather short term by now due to various constraints, so the plan is to do it again in Alicante, Spain, during February 15-16, 2016.
More details are available at:
Besides spending 2 days digging into Kamailio C code, such event is also good for discovering and sharing development resources among participants, as well as meeting people from community — at the previous editions we met for first time with Victor Seva, Vicente Hernando and Seudin Kasumovic, which in turn contributed a lot of Kamailio code afterwards. It will be also testing phase for upcoming major release v4.4.0, maybe we can plan some stress testing session on site.
Right now the goal is to see if there is any interest in such event in order to nail down organizing it or not. Should anyone consider to participate, write an email to:

Thank you for flying Kamailio!
Posted by Daniel-Constantin Mierla at 11:21 PM No comments:

Submission of presentation proposals for Kamailio World 2016 is open. Deadline for submission is February 18, 2016, notification of accepted proposals will be done latest on March 03, 2016.
Be aware that interesting proposals can be accepted before the deadline, we plan to have two intermediate review sessions before February 18, 2016, announcing any accepted presentations immediately. Note also that at the previous edition there were more proposals than available slots and the 2016 edition celebrates 15 years of Kamailio project development, expecting a significant increase of interest for the event. Therefore it is recommended to send your proposal as soon as possible, do not wait till deadline.
To submit the proposal, fill in the web form at:
The main topic of the conference is Real Time Communications, with the majority of the content being about Kamailio and other open source projects in the area. However, like for the past editions, we welcome very interesting presentations beyond those subjects.
If you are interested to look at the agenda from previous edition, visit:
Have a great 2016! Looking forward to meeting many of you at the next Kamailio World!

Posted by Daniel-Constantin Mierla at 2:32 PM No comments:

Continuing the tradition, many members of Kamailio project community will be at Fosdem 2016and we are planning again a social event on Saturday night (Jan 30, 2016). Among participants announced so far: Alexandr Dubovikov, Daniel-Constantin Mierla, Federico Cabiddu, Giacomo Vacca and Lorenzo Mangani.
Should you want to join us for some drinks, food and interesting chats, announce yourself on sr-users mailing list (sr-users [at] lists.sip-router.org). As usual, each participants pays for himself or herself.
There will be also couple of talks touching Kamailio on various tracks of Fosdem.

Posted by Daniel-Constantin Mierla at 2:28 PM No comments:

The 2016 has just started and I am really looking forward to it.

The big celebration of 15 years of development for Kamailio project happens this year.  Although has changed the names few time, along the years SIP Express Router (SER) and OpenSER, it is a real performance to stay atop and continue the development at high pace for such long time in the open source environment.

The Kamailio World Conference, scheduled for May 18-20, 2016, in Berlin, will take care to organize a great party for this celebration, expecting many of the relevant developers in the history of the project, which will share the experiences and the impact in their careers because of being involved in the open source project. Be sure you don't miss this edition!

One of the first milestones in 2016 is the release of Kamailio v4.4.0, a new major version, which will bring as usual several new modules, plus improvements and new features in the existing components.

The first event where we expect to get a consistent group of Kamailio developers and friends is Fosdem 2016, in Brussels.

With a continuous increase of activity in the community of Kamailio project, I expect plenty of new ideas and challenges to work with along 2016! Stay tuned and keep an eye on this blog for updates!
Posted by Daniel-Constantin Mierla at 11:15 AM No comments:

The amazing 2015 for Kamailio is done! Thank you everyone for contributing to it!
Now it is the time to get prepared to fill the 2016, with interesting discussions on our forums, solving new RTC challenges, adding features in Kamailio and welcoming new contributors!
We wish a healthy and prosperous year to all Kamailio friends! We are looking forward to meeting many of you at Kamailio World Conference, where we are going to celebrate 15 years of development for Kamailio project, as well as at other events around the globe! 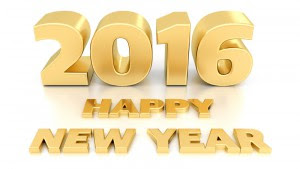 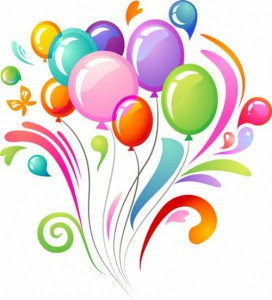 Posted by Daniel-Constantin Mierla at 8:45 PM No comments: