Here we are, the 8th edition of Kamailio Awards granted for the activity during the previous year, respectively 2014. Continuing the tradition, there are two winners for each category. 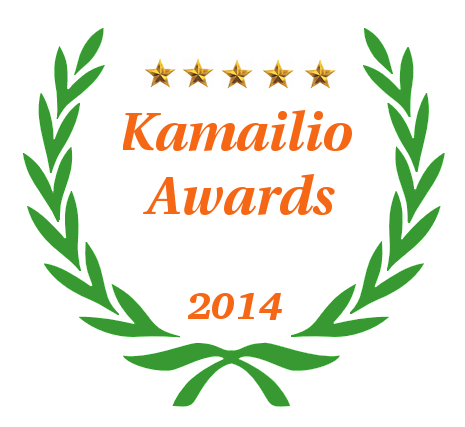 The Kamailio project continued to grow in number of contributions and add plenty of new features. The second edition of Kamailio World Conference and the major release of version 4.2.0 are among highlights of 2014.

Next are the categories and the winners!

Awarded to people not necessarily working directly with Kamailio, but whose activity has a good impact on the project and open source real time communications.
This is it for 2014. If you want to check the previous turn of awards, visit:
The activity within Kamailio project during 2015 so far is very rich, check the project web site for announcements on what is new and the plans for the future.

Looking forward to meeting many of you soon in Berlin, during May 27-29, 2015, at the 3rd edition of Kamailio World Conference & Exhibition.

Posted by Daniel-Constantin Mierla at 9:25 AM