Thanks to Victor Seva from Sipwise, the Travis-CI jobs for building Kamailio were upgraded to useDocker containers. 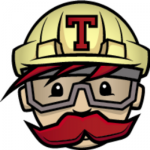 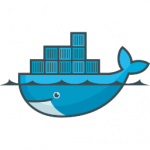 A part of continuous integration process for Kamailio project, the builds are triggered by commits to master and stable branches, helping to detect compilation issues on different OS distributions, which typically happen due to different versions of libraries.
The bonus is that the same build system can be used locally by anyone, being it developer or VoIP engineer. Quite useful in cases when one wants to backport patches or develop its own extensions.
You can read the description of the build system as well as get the scripts from the source code of Kamailio, in the folder test/travis-ci. You can browse the content of the folder online at:
Enjoy!
Posted by Daniel-Constantin Mierla at 9:00 PM No comments:

Kamailio SIP Server v4.3.4 stable is out – a minor release including fixes in code and documentation since v4.3.3. The configuration file and database schema compatibility is preserved.
Kamailio (former OpenSER) v4.3.4 is based on the latest version of GIT branch 4.3, therefore those running previous 4.3.x versions are advised to upgrade. There is no change that has to be done to configuration file or database structure comparing with older v4.3.x.
Resources for Kamailio version 4.3.4
Source tarballs are available at:
Detailed changelog:
Download via GIT:
Binaries and packages will be uploaded at:
Modules’ documentation:
What is new in 4.3.x release series is summarized in the announcement of v4.3.0:
PS: note the dates and location for next Kamailio World – May 18-20, 2016, in Berlin, Germany – it is going to be a special edition, with Kamailio project celebrating 15 years of development.
Posted by Daniel-Constantin Mierla at 10:00 PM No comments:

Daniel Pocock has sent a very informative email about FOSDEM 2016 and Real Time Communications – read it here., with useful details about volunteering and speaking opportunities.
FOSDEM 2016 takes place in Brussels, Belgium, during January 30-31, 2016, being one of the biggest gathering events for open source developers world wide. It will host a Real Time dev room, as the successor of Telephony and XMPP dev rooms.
Members of Kamailio community will be at the event, continuing the tradition of several years in a row to meet there and discuss what is new about the project and real time communications.
Posted by Daniel-Constantin Mierla at 8:54 PM No comments:

Gholamreza Sabery Tabrizy has published a Github repository with Ansible playbooks for deploying a Kamailio active-passive HA node using Pacemaker and Corosync.
You can see more details at:
With few tunings to the options, it can be used as a starting point to build your own Kamailio HA node.
Enjoy!
PS: if you wrote or if you are aware of tools or articles related to Kamailio, email a short note to one of our mailing lists and we will publish on kamailio.org news sections.
Posted by Daniel-Constantin Mierla at 8:53 PM No comments:

Fraunhofer Fokus Research Institute, the place where SIP Express Router (SER) project started (which over the time resulted in Kamailio project), is organizing the 6th edition of FUSECO Forum during Nov 5-6, 2015, in Berlin, Germany.
The two days event combines practical workshops with panels and keynote presentations, revealing what is the trend in real time communications, from classic telephony, 4/5G to IoT, smart cities and machine to machine communications.
For more details, see:
Representative from Kamailio community will be at the event, myself included, along with Dragos Vingarzan (initial developer of IMS extensions) and Elena-Ramona Modroiu (core developer).
Posted by Daniel-Constantin Mierla at 8:00 PM No comments: